KPA EtherCAT Studio is a software tool for EtherCAT network engineering, development and diagnostics. This powerful tool allows one to configure and control EtherCAT master and all slave devices connected to the network. KPA EtherCAT Studio works with a Windows based master or a remote master that run on a real-time operating system. Using Studio development framework, KPA studio may be customized and integrated in OEM’s own windows based software to provide a common development and monitoring environment. 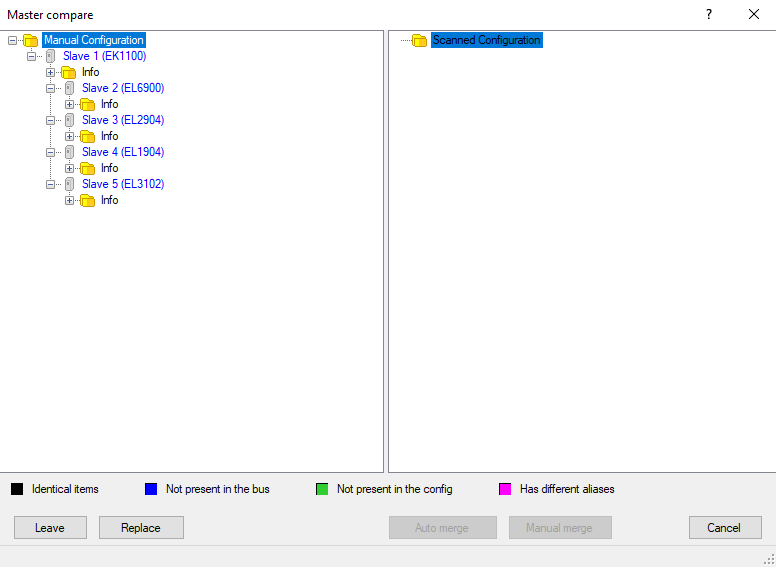 Topology window displays structure and state of EtherCAT network. When there is a loss of communication between segments, you will see the wire highlighted with red color. If a cable breakdown occurs with redundancy check enabled, the system will indicate the place of breakdown.

Nowadays redundancy has become a must in most applications due to increased requirements to sustainability and reliability of the systems employed in process automation. Cable redundancy makes possible several things that used to be bottle-necks of conventional field bus systems built up on closed ring principles, such as cable feedback for problem finding and system availability in case of cable break. If a line break occurs in the network, it is detected and the topology will display the event (red wire). Due to redundancy in wiring and network cards all slaves remain connected to EtherCAT Master. 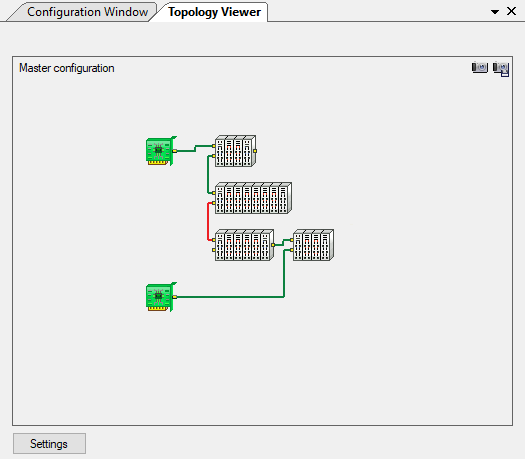 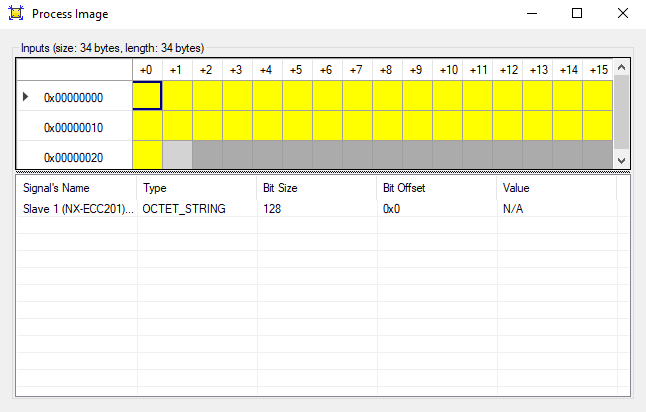 By means of Slave-to-Slave communication is performed the management of safety system. Safety uses so called black channel approach, where FailSafety over EtherCAT (FSoE) is sitting on top of EtherCAT slave stack in slave device. Here safety and usual process are mixed in one media. EtherCAT Master has to route safety message(s) from safety slaves to safety masters using Slave-to-Slave communication. In case of safety situation, the Slave-to-Slave is unable to send data and in connections, crc and status will be zeros instead of valid data. In this case safety logic starts according to defined behavior. 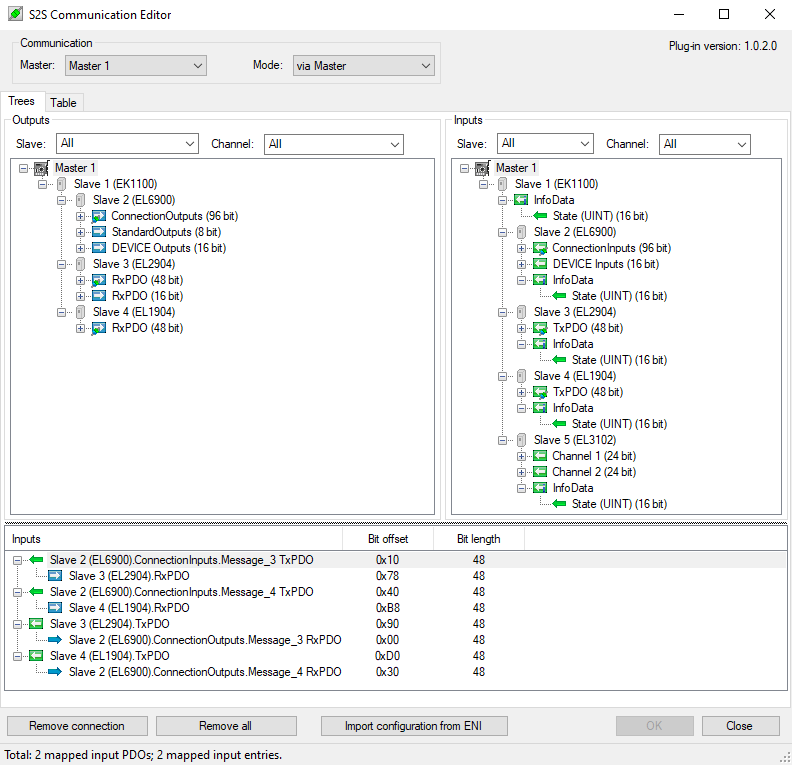 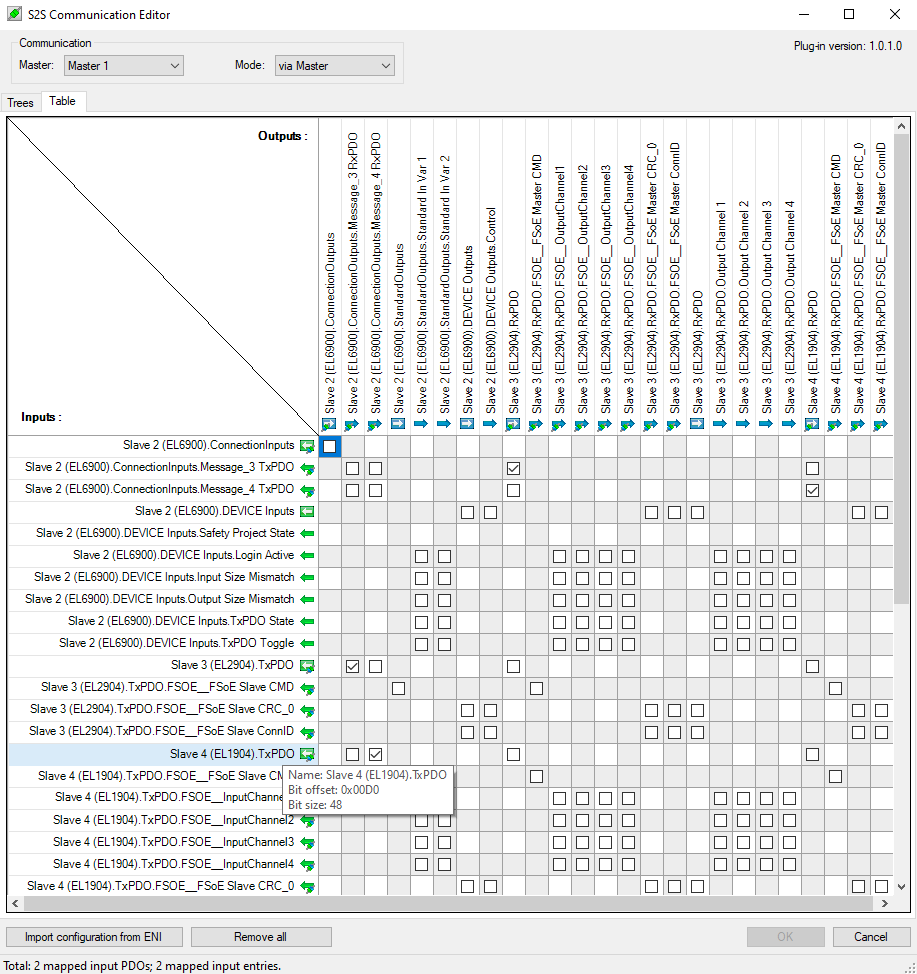 ECAT Projects Comparing Tool allows comparison of a project available in the Studio against another project from a file.

Differences are highlighted with customizable colors, property values are available. 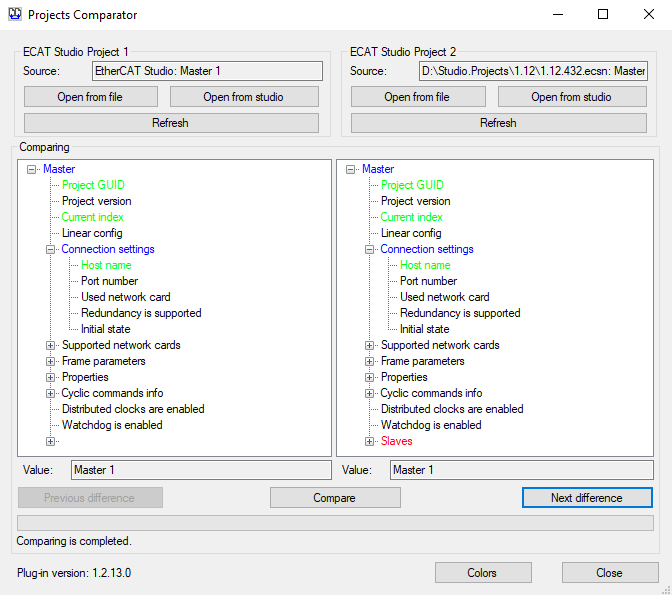 KPA EtherCAT Studio 2 gives an opportunity to work with Slaves Library collections. It is easy to create a new collection, modify and save it, load the collection created before or from other sources, create different descriptions of the same slaves, apply uESI attributes, and edit separate slave in the collection: clone, import, remove and change slave’s properties.

Working with the Slaves Library collections also gives an opportunity to search the Slave. It could be done by Slave’s name or part of it. Also, it is possible to call up the history of searches, will be displayed last 9 queries. 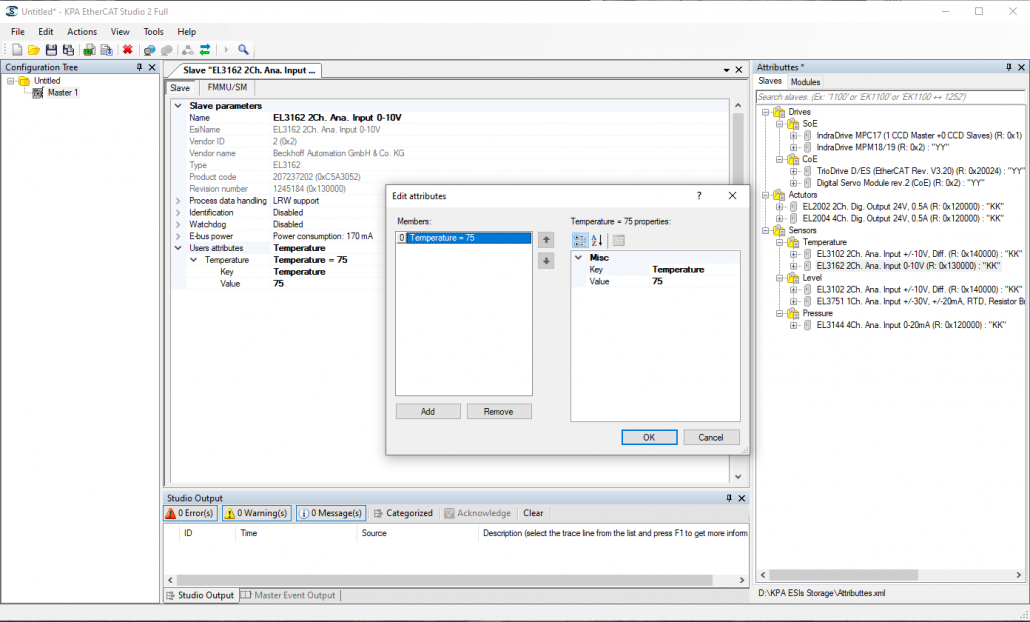 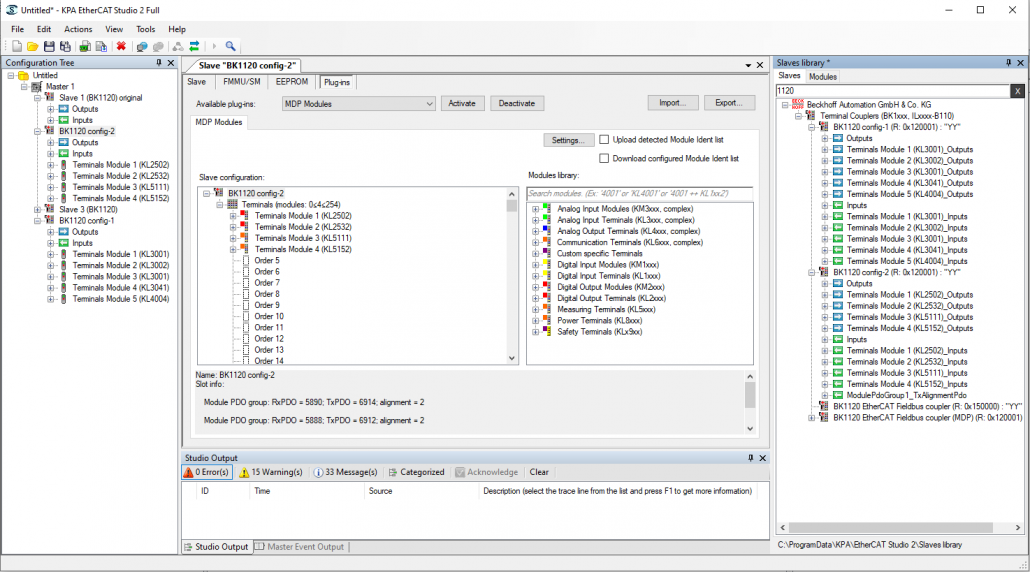 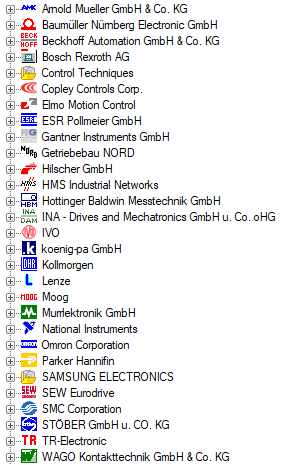 The tool gives an opportunity to compare the previous expected configuration of the slave (given in the EEPROM) with the existing to understand weather it is possible to replace the slave, or it should be reconfigured. Categories with differences, different values, absence of items and coincidence are displayed in various colors, which can be adjusted by the user.

The configuration may be kept not only from EEPROM, but also from ESI files.

It is possible to generate ESI files from EEPROM and vice versa by using EEPROM Editor. 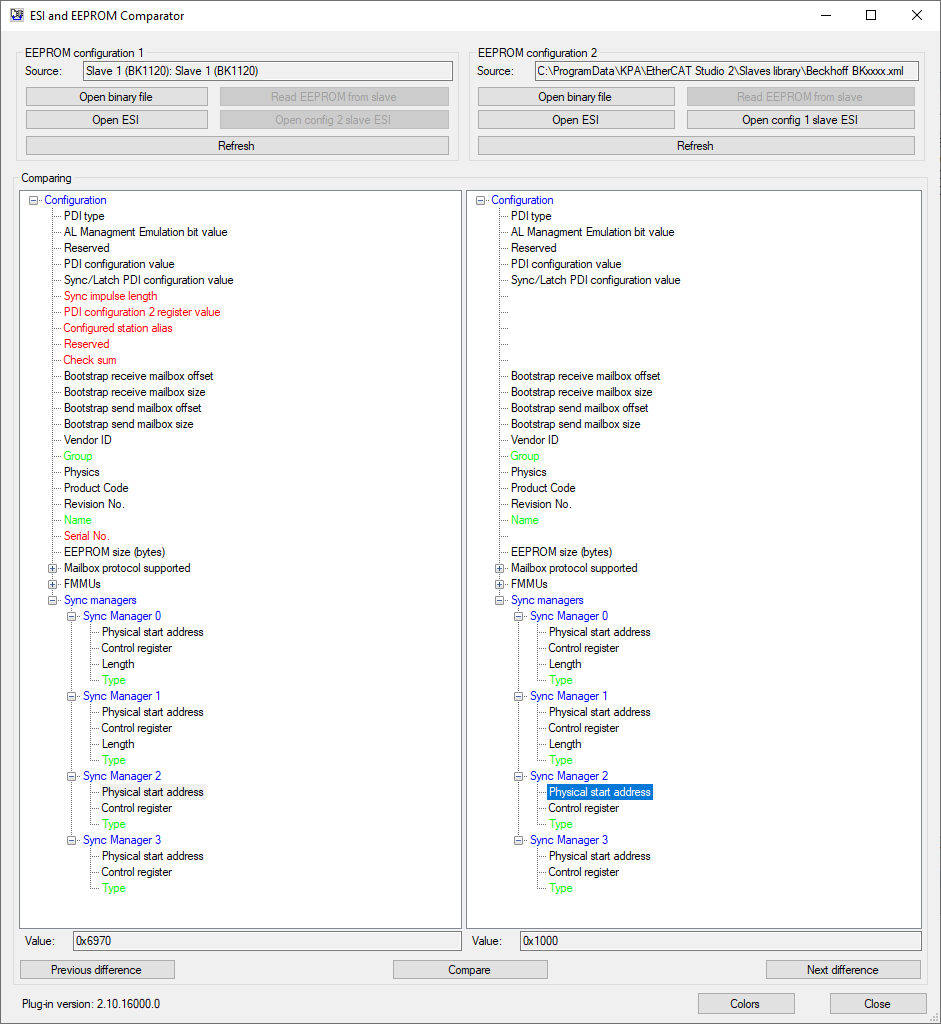 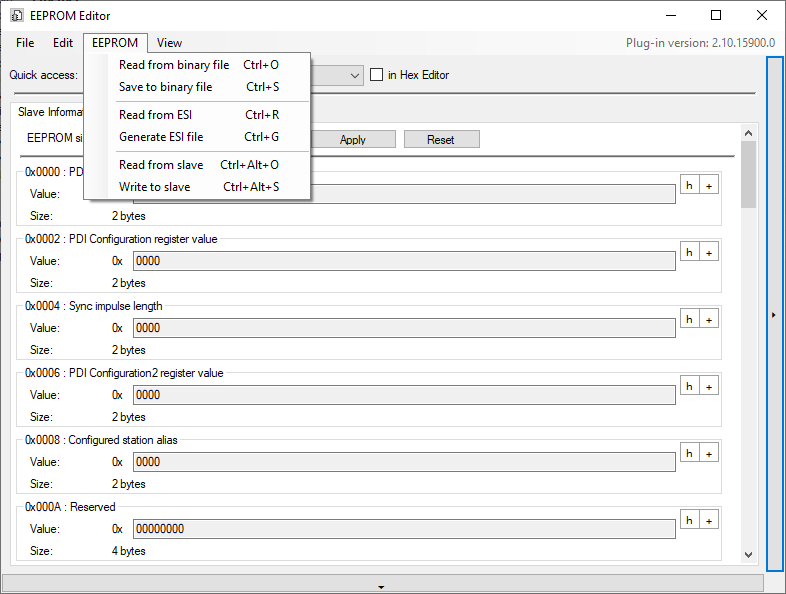 Modular Device Profile (MDP) defines a modeling of structures within a device. Mainly it deals with the object dictionary structure and corresponding behavior of the entries. Customer can change the appearance of the product (icons, name, splash screen, etc.). 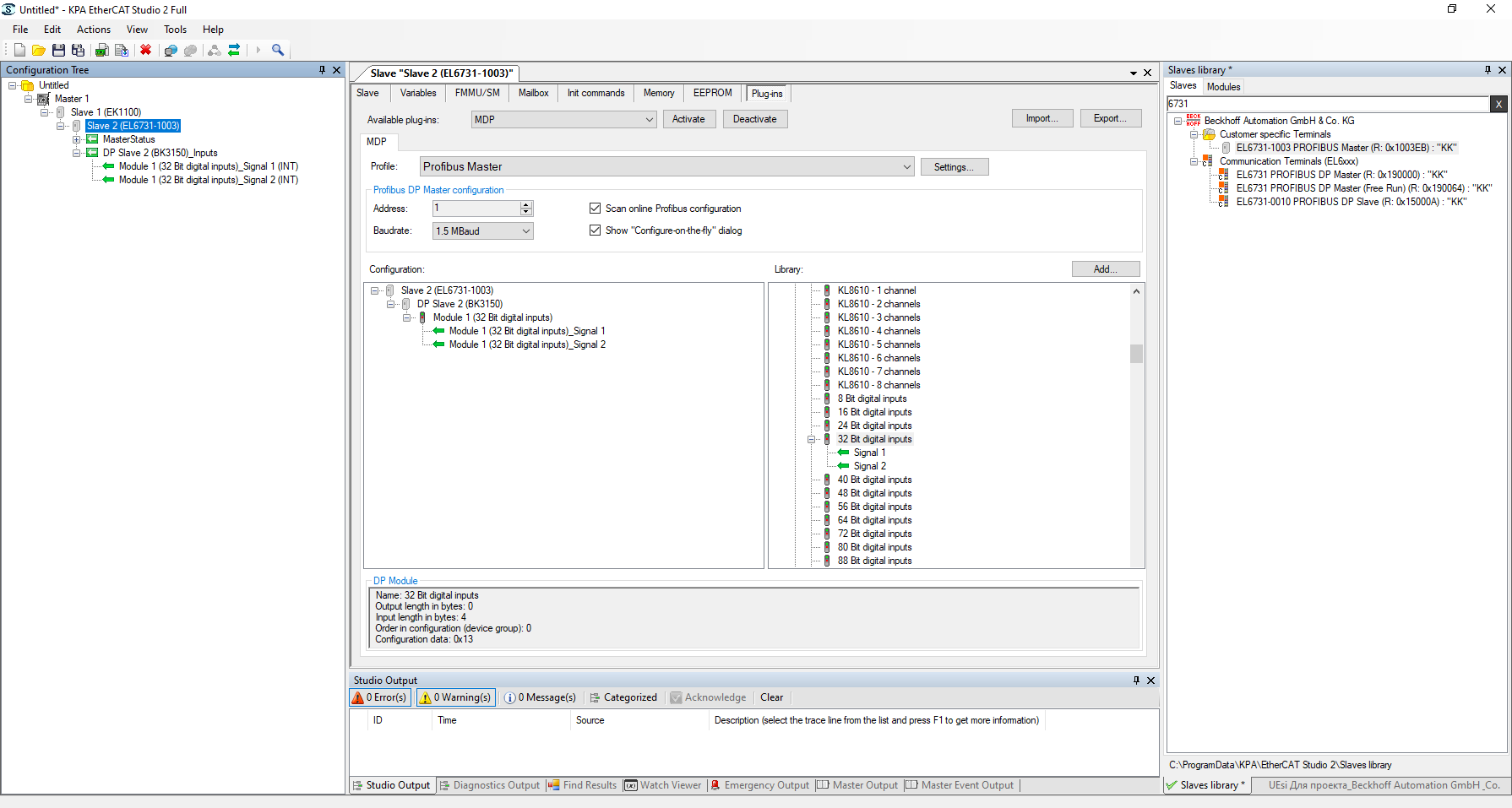 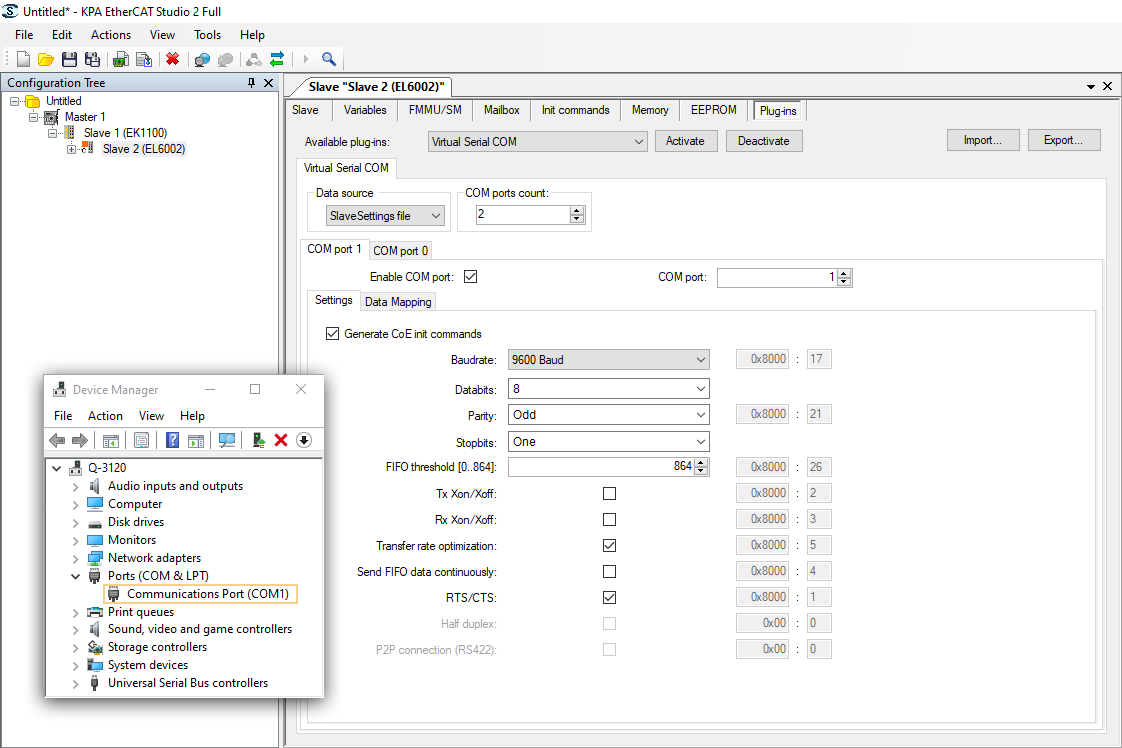 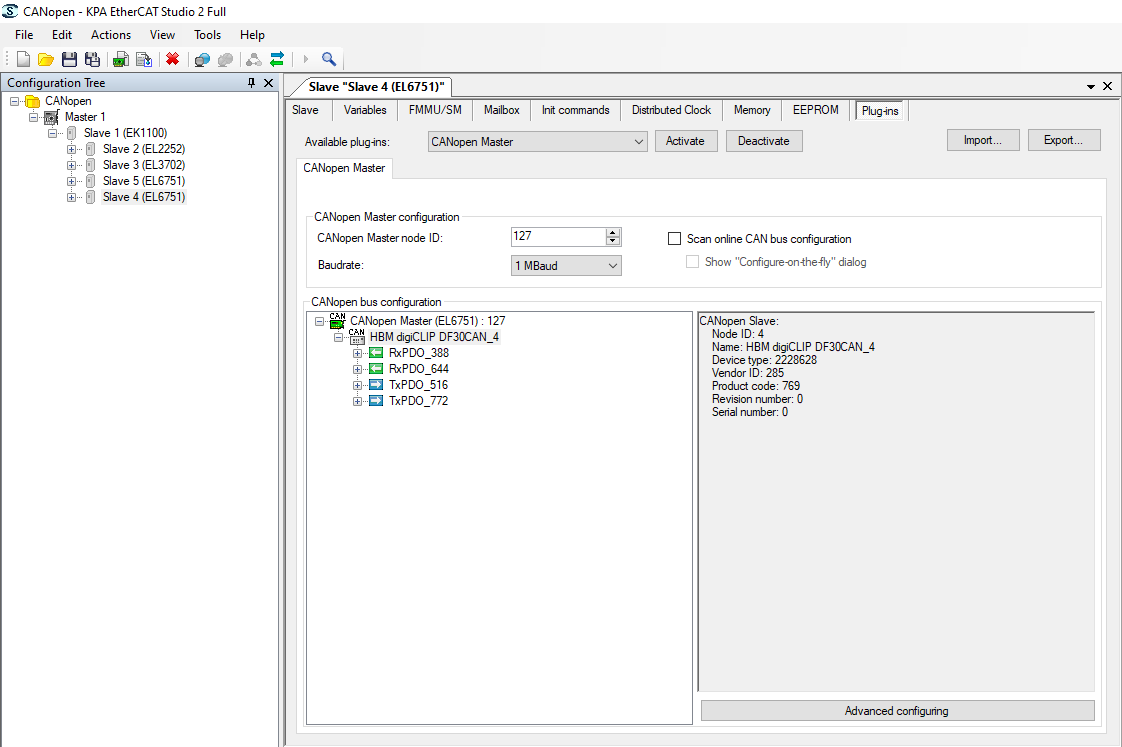 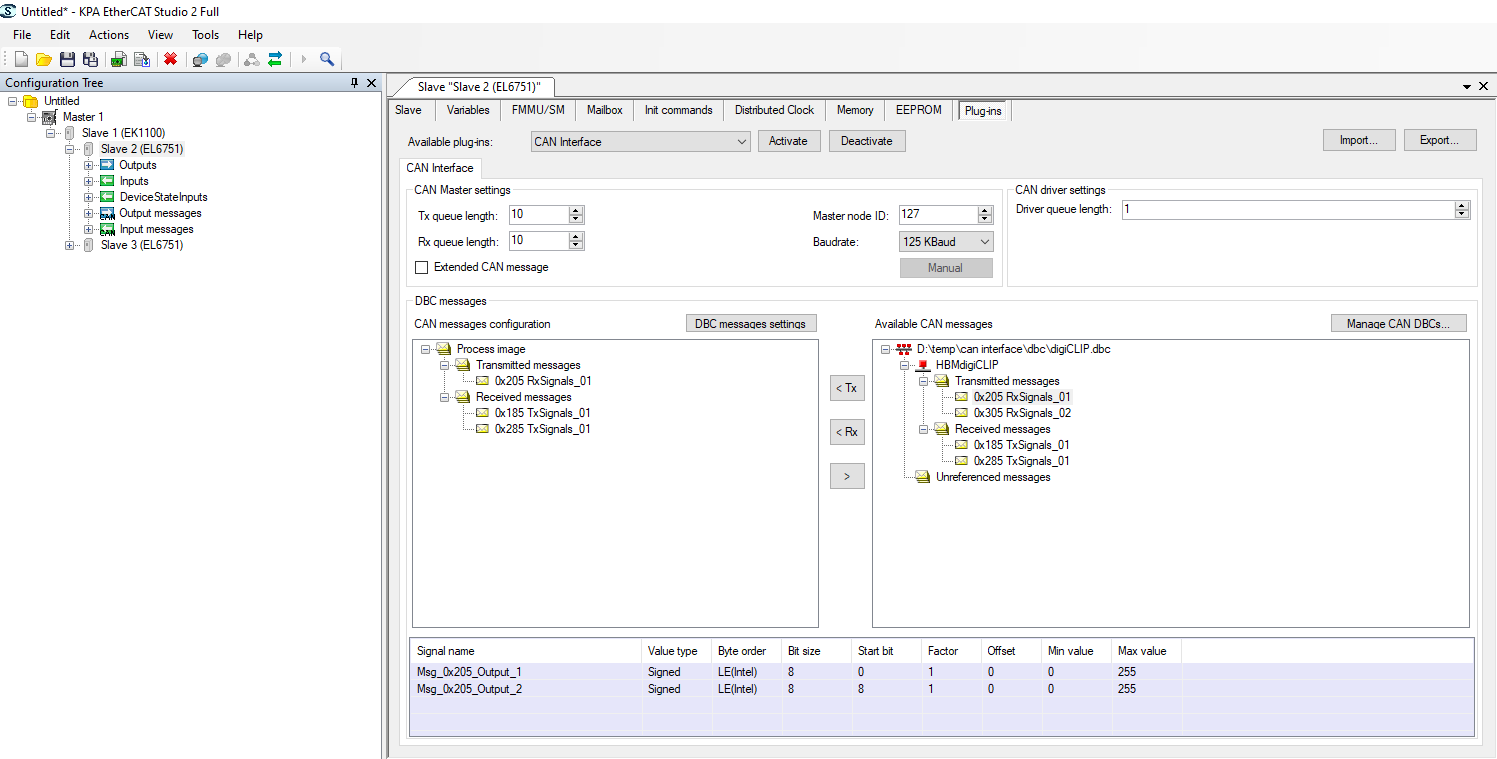 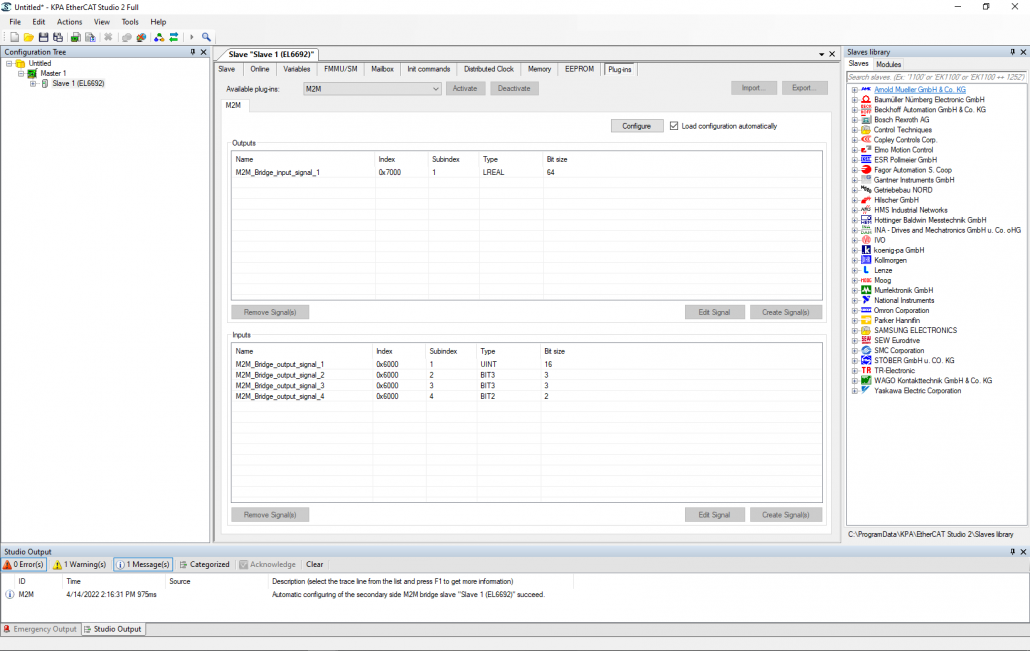 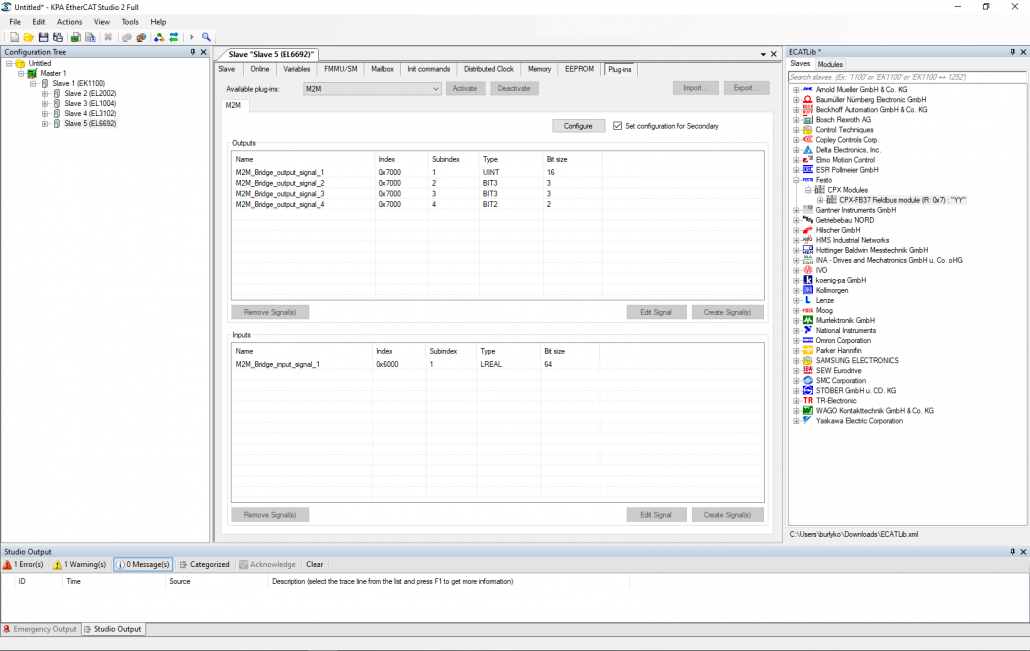 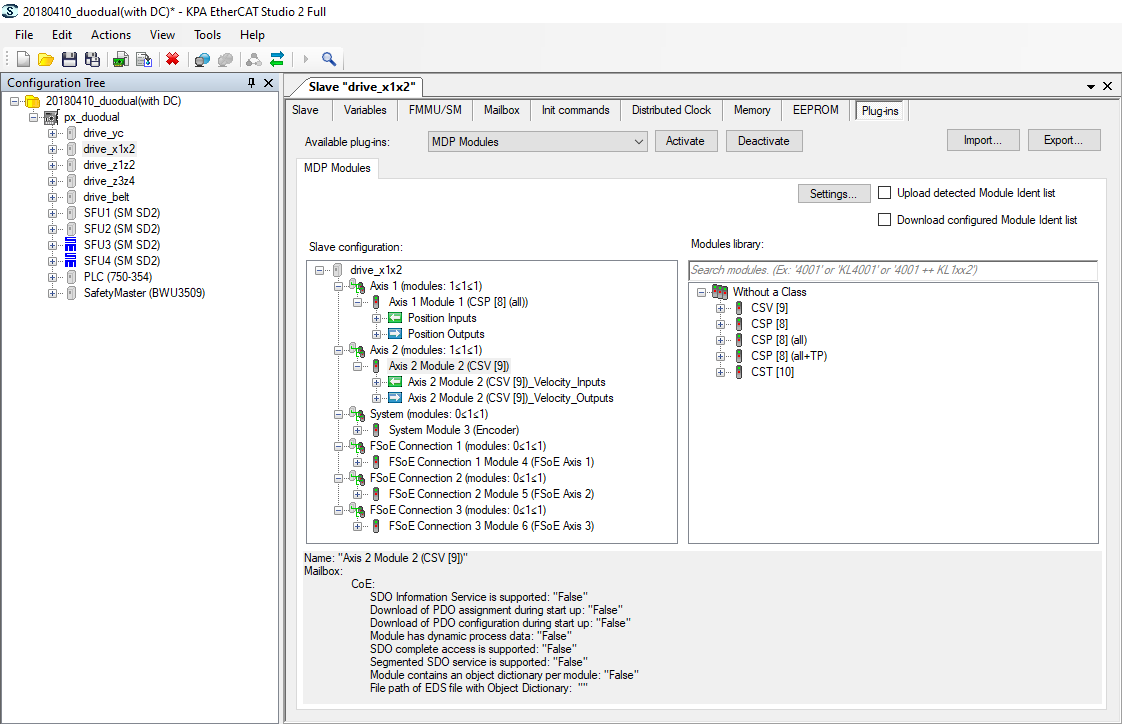 An important distinctive feature of the technology is high availability of EtherCAT based solutions and systems. Availability implies two key factors: reliability of solution or system and reduction of downtime. Since reliability is mostly related to the technology itself and quality assurance, the greatest concern in reduction of downtime is to react to malfunction correctly and in proper time. For these purposes the diagnostic capabilities play a significant role. In order to utilize them to full extent and provide personnel with explanations and remedies of well-known cases KPA EtherCAT Studio has an alarm system with a troubleshooting guide.

Alarms List displays alarms, events, and emergencies that have been registered during the Studio being attached to master, in order of their appearance. Each message is provided with ID for better recognition, a time stamp to show when it happened, and a brief explanation of the problem or event. You can sort out the messages according to their severities and source.

Alarm system registers all alarms and events that may occur while the Studio is online (attached to master) and reports them in several ways. Severity of events stipulates the type of notification accordingly. Critical alarms are followed by a notification window in order not to miss such events and immediately take measures required to clear the problem. Descriptions of possible causes and remedies for the most common problems that may appear during commissioning or finding a bottle neck are presented in the Troubleshooting Guide – knowledge database collected by our commissioning and support team during the years of working with the technology. Descriptions are made in a comprehensive form and available online in context of event or problem that has emerged. 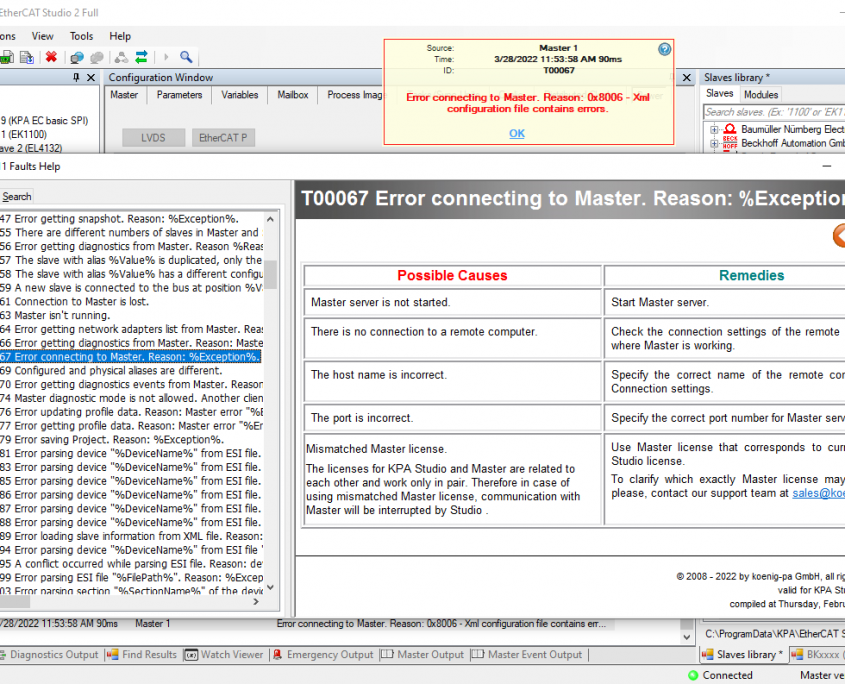 Online Chart Viewer is an important diagnostic function of KPA EtherCAT Studio. The Viewer allows to monitor multiple channels from one or several slaves simultaneously. It gets an opportunity to visualize the variables which are selected in the online mode. 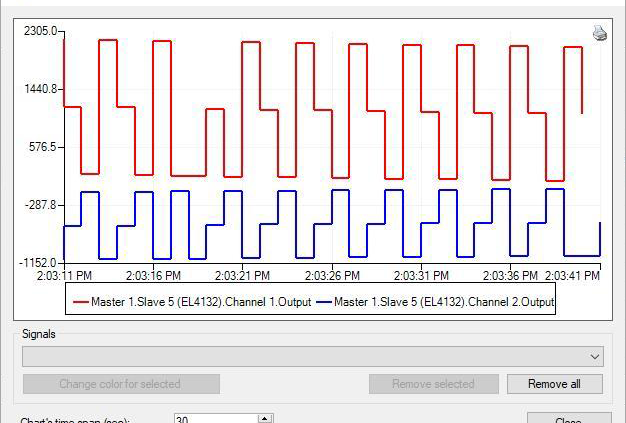 The Snapshot Viewer window serves to display a chart created out of snapshots taken from a value (Channel or Signal). Taking snapshots is configurable. The user can define the following parameters:

Signal values are gathered during operation and stored to make a snapshot. The viewer then displays the snapshot. On the screenshot presented the monitoring of the signal’s value with the specified interval.

Taking snapshots reduces overall load on the system in order not to affect hard real-time performance. 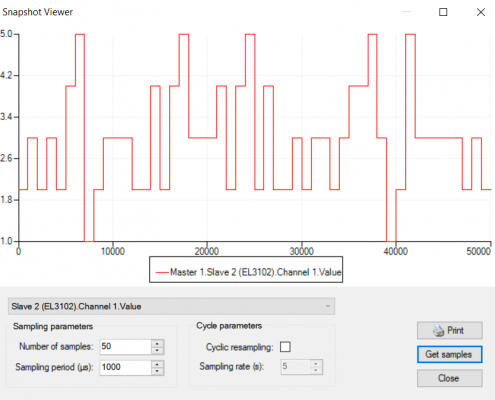 Ethernet (eth0 for Linux) statistics – statistics of the certain network card. It displays how many frames were sent, how many errors were fixed, how many packages were sent and received, etc.

Default task statistics displays the divergence of the set periodicity values of the device with the real.

Collected data are very helpful in analyzing performance of the entire system and finding bottle-necks if any occur. Frame logger viewer shows statistical information about all frames received and sent by Master and saved in a log file.

The system of power tracing allows to monitor the power supply and consumption of LVDS slaves on the bus to avoid power lack issues in the configuration.

If the slaves are lack of power the tool discolors them to red and shows negative values of Power influence.
On the first screenshot it is seen power lack (red colored slaves) and on the second where added EL9400 (power supply terminal) there is enough power (all slaves are green).